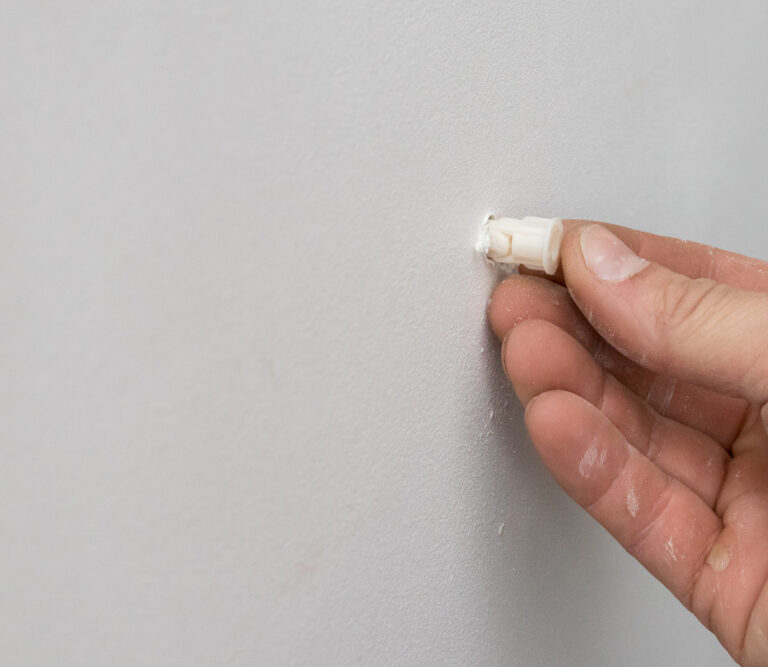 There’s a sense of “too late to turn back now” that sets in whenever you make an inalterable choice. It happens when you jump out of an airplane, get a tattoo, or most distressingly of all, pound anchors into your wall.

After all, there’s a reason why they say that wall anchors are the diamonds of the tool world — because those suckers last forever. What, you’ve never heard that saying? We’re pretty sure it’s a thing.

But what if, hypothetically speaking, you wanted to remove an anchor or two from your wall? Is that even possible?

As it turns out, it can be done, and it’s easier than you might think. Below, we’ll show you exactly how to do it — without tearing up your walls in the process.

The Different Types of Wall Anchors

There are actually several different types of wall anchors, and they’re designed for a variety of different surfaces. You have your expansion anchors for concrete, your toggle bolts for brick, and your ribbed anchors for stucco.

In fact, there are actually 12 different types of wall anchor — and we’re not going to bother with 11 of them today.

For the purposes of this article, we’re just going to discuss removing plastic hollow wall anchors. They’re the type most commonly used for household applications, so if you’ve got an anchor stuck in your drywall, chances are it’s one of these.

How Do Wall Anchors Work?

Before we can understand how to remove anchors from your walls, it’s helpful to understand why you need them — and what, exactly, it is they do.

You typically only use wall anchors when you need to hang something in a spot without a stud behind it. If you’re hanging something on a stud, you’ll just screw your hardware into the wood directly.

Wall anchors are designed to enter a pre-drilled hole and spread once they’re on the inside of the wall, taking up as much space and creating as much friction as possible. This allows you to hang heavy objects.

This helps prevent those heavy objects from pulling nails or screws out of the wall, creating both a safety hazard and an unsightly gash in the affected surface.

You may have already noticed an issue, however. If anchors are designed to stay stuck inside your wall no matter what, just how are you supposed to get them out?

How to Get Those Pesky Anchors out of Your Walls 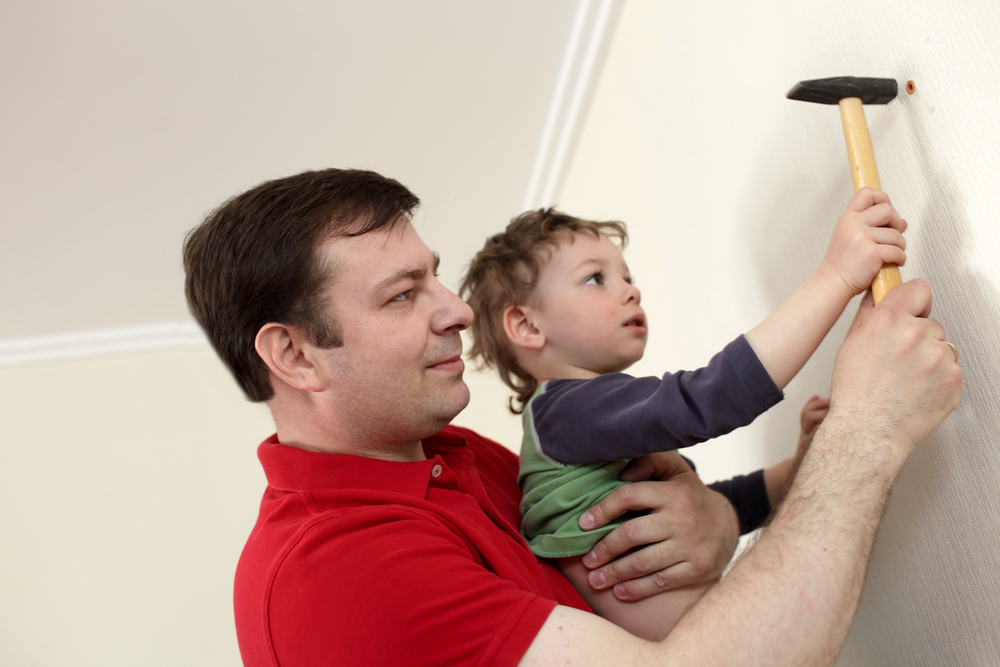 Before you get started, you’ll need a few tools:

A hammer or mallet

The first thing you want to do is take your screwdriver and remove any screws that are still in the wall. You can also try turning the anchor, as some anchors simply screw out.

If that doesn’t work, though, you’ll need to try something else instead.

Try the Pliers Next

If you’re dealing with a rude anchor that doesn’t know when it’s not wanted, you may need to bring out the big guns (don’t actually bring out any big guns — but if you do, let us know how it works). It’s time to use the needle-nose pliers.

For small anchors, you’ll need to put one end of the pliers inside the hole and use the other to grab the outside lip. Once you’ve got a good grip on that thing, pull it straight out.

If the anchor is large enough, though, you can try to just grab the lip and pull it out that way. When pulling, use a gentle, rocking motion.

Don’t force it, either, as there are only two ways this can end: either the anchor comes out easily, or you mess up your wall something fierce. Trying to force the anchor out will likely end in the latter scenario.

Do X-Acto-Ly What We Tell You

We know what you’re thinking: that was the best X-Acto knife-related pun you’ve ever heard. Once you’re done slapping your knee in delight, though, you should go ahead and grab that knife we told you to get earlier.

You can use the knife to cut away the lip of the anchor, so that the rest of it is completely inside your wall. If you don’t trust yourself with a blade, you can pry the lip up with your screwdriver instead.

Eventually, you’ll hear the anchor fall out inside the wall. Problem solved!

Another option is to simply spackle over the hole once the lip is removed. With that protrusion out of the way, you should be able to make your wall perfectly smooth again.

Great — Now What Am I Supposed to Do With This Big Hole in My Wall?

The good news is that the hole in your wall is easy to fix. (The hole in your heart, on the other hand, will likely remain until you meet a nice molly bolt and settle down someday.)

Grab some spackle and fill the hole with it; you can use your finger or a putty knife to do this. The putty knife is better, as you can use it to scrape away any excess spackle.

Let the spackle dry for about 15 minutes or so. Once it’s no longer tacky, take a sheet of fine-grit sandpaper and sand the area down until it’s smooth to the touch.

Once you’re done with this step, all that’s left is painting the affected area. We definitely recommend using a paint brush instead of your fingers for this step. 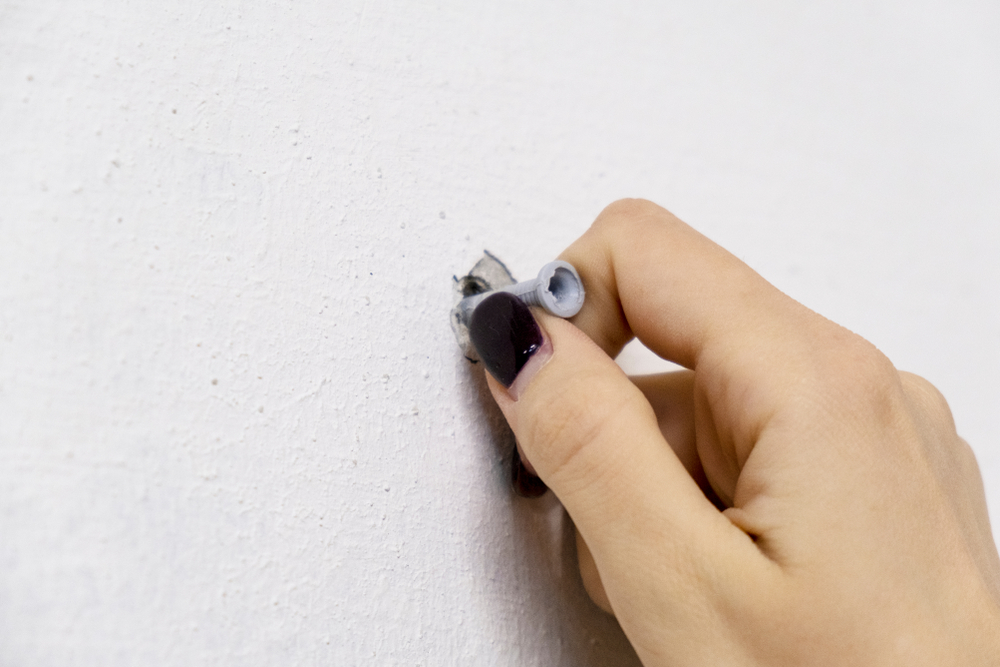 You should certainly use wall anchors every time you’re hanging something heavy, especially now that you know how to get rid of them once they’ve outlived their usefulness.

Just try not to think about that poor little plastic wall anchor, sitting alone inside your walls with nothing to do but seethe with rage and plan its revenge. You did spackle the hole so that it couldn’t get out, right?