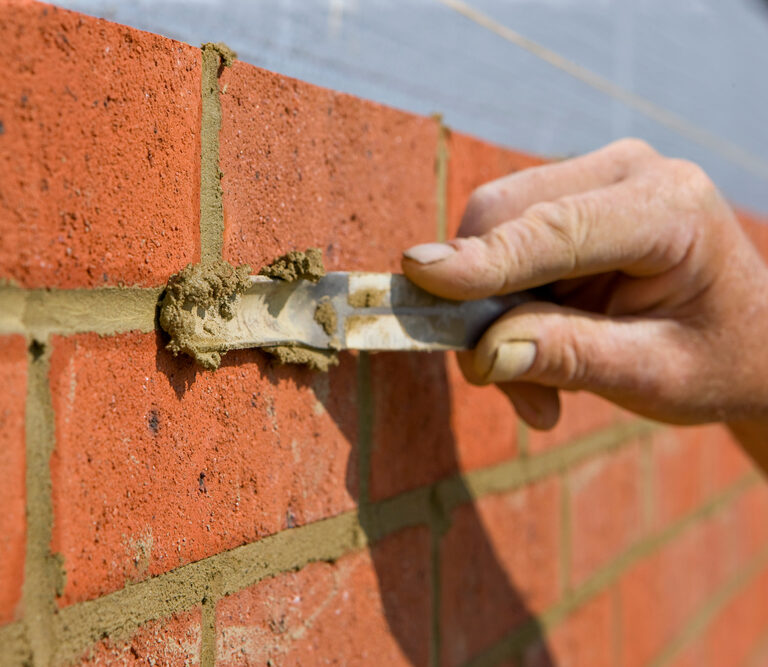 Bricks bring a lot to the table when it comes to building materials for homes. They’re ecofriendly because they are made from shale and clay; they’re fire-retardant, weather-resistant, durable, and low-maintenance. Bricks also can be quite aesthetically pleasing.

Though brick has all these wonderful characteristics, the same is not always true of the mortar used to lay bricks. Most of the time, mortar will wear down more quickly than brick. This is because mortar has to be softer than the brick it’s keeping in place, or the integrity of the wall will be entirely lost.

Because mortar isn’t as strong as brick, it will need to be replaced from time to time. This is called repointing. Usually, repointing has to be done about every 30 to 50 years or so. You can repoint brick walls yourself or hire a professional.

Whichever you choose, our article will educate you on repointing so that your walls will not be damaged by a shoddy repointing job. We’ll also give you step-by-step instructions on how to repoint walls if you are interested in doing it yourself.

When Should Brick Be Repointed? 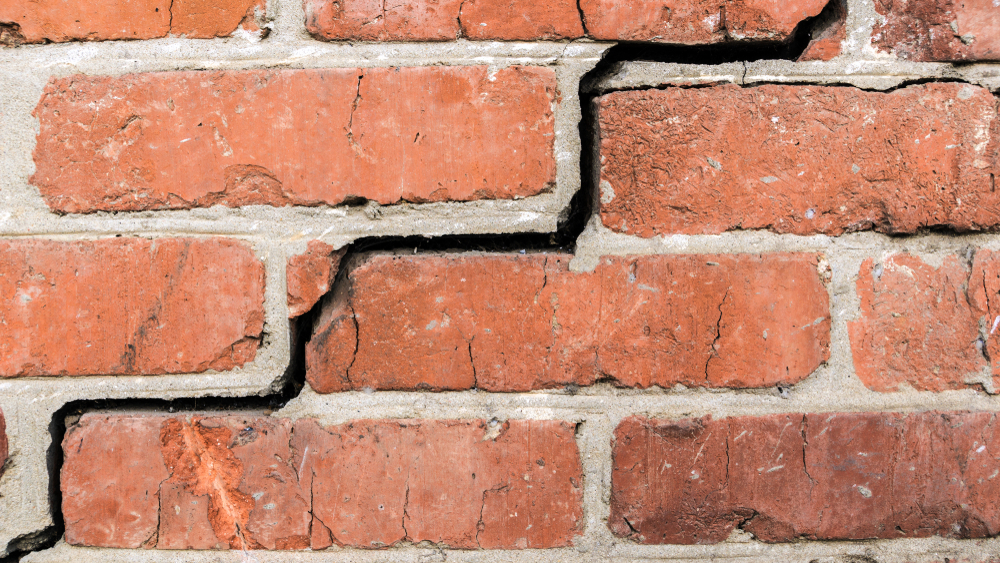 If your brick walls aren’t looking as sleek as they once did, you may have the suspicion that they need to be repointed. Repointing is the act of removing the old mortar in the joints between the bricks and replacing it with new mortar. But when do you need to repoint bricks?

If you see cracks in the mortar or crumbling mortar, then it’s time to repoint. Similarly, if you scrape at the mortar and it crumbles away easily, it’s ready to be replaced.

However, there are some issues that repointing can’t solve. Repointing is meant to replace worn-down mortar in order to keep elements like water from destroying your walls. However, if the damage is already done, then you may need to replace the bricks themselves.

Repointing also will not fix issues like stair-step cracks running along the wall. This is often a sign that there’s a problem with the home’s foundation.

Repointing the brick of your house is supposed to close up any gaps, cracks, or weak points in the mortar and prevent water damage. So, how is it possible that repointing could actually damage your home?

It all has to do with the mortar you use. Many old houses built in the 1930s or earlier use a different kind of mortar than what is typically used now. This is because bricks were fired differently back then and are softer in comparison to today’s bricks.

The mortar most commonly used today is largely made of portland cement, which is quite hard, impervious to water, and sets much faster than mortars used in the past. If you have an old house, then the mortar was likely made of limestone putty mixed with sand.

If you use mortar that is stronger than the brick, it will not yield as the brick contracts and expands throughout different seasons and temperature changes; eventually, this will damage the brick. Mortar that is too hard will also force moisture to escape through the bricks, which jeopardizes the bricks’ integrity and often results in cracks.

It’s hard to know exactly what your mortar is made of without doing any tests on it, but knowing the year your house was built can be helpful. If your home is newer, then mortar made with portland cement will probably be fine for repointing. If you have an old home, then you’ll want to find out more about the old mortar.

How to Repoint Brick 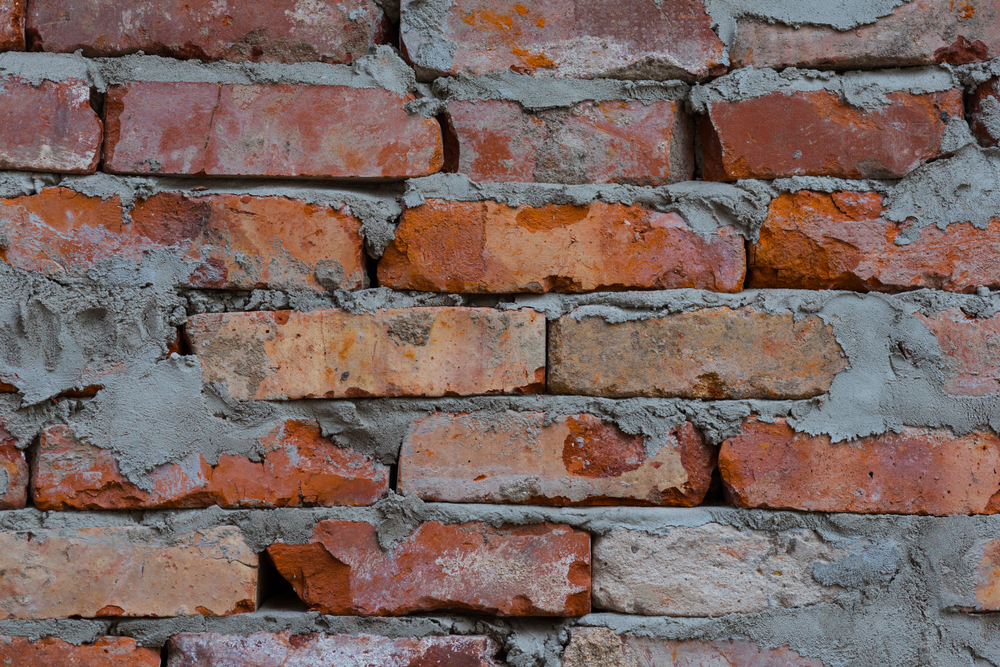 Now that you know about the dangers of choosing the wrong mortar, it’s time to learn about repointing brick. It’s a tedious job, but one that you can do yourself if you don’t want to hire a mason.

Here’s a list of the supplies you’ll need to repoint your brick walls.

To remove the old mortar, you can use a cold chisel and hammer, a handheld grout saw, or a joint raker. There are some power tools you might use, like a four-inch angle grinder, but you need to be especially careful with these, or you may risk grinding off brick. Furthermore, grinders should only be used on horizontal joints, not vertical ones.

Work in small sections of about three to five feet so that you do not weaken the integrity of your wall. Make sure to keep a wire brush or whisk broom handy to sweep away dust, and wear a mask to keep from breathing in said dust. You should also wear safety glasses to protect your eyes from dust and flying bits of mortar.

Before you add the new mortar, you should spray the wall with water. You want to hydrate the bricks and any leftover old mortar so that they don’t suck the moisture out of the mortar you’ll be placing. Let your wall soak up the water for about 15 minutes before you begin repointing.

Mix up your mortar and get to work. Be sure to make only small batches of mortar so that it does not dry out as you’re working. There are a couple of tools that will help you press the mortar into the joints: namely, a hawk and a pointing trowel.

The hawk is a flat surface with a handle; it holds mortar so you don’t have to continuously bend down to get the mortar out of the bucket you mixed it in. You can also use it to catch excess mortar that falls from the wall as you’re placing it. Placing a drop cloth is also a good idea as you’re not likely to catch every little bit of falling mortar.

Then, you can use the trowel to clean up the look of the mortar. Using the flat side of the trowel, pull it along the joint while simultaneously pressing down. This will help you create that sleek, flat-seamed look. Some of the mortar will fall off when you do this; the rest can be cleaned up after it dries more.

You can also use a brick jointer tool and do the same thing. This tool, however, will create more of a grooved look.

You should only repoint brick if the temperature isn’t going to get any higher than 90 degrees or any lower than 40 degrees both during the day and at night. This is because hot temperatures will cause the mortar to dry out too quickly, whereas cold temperatures can make it brittle.

Step 4: Clean Up the Brick

You can scrape any excess off the bricks after your mortar has hardened (about an hour for portland cement-based mortars, but potentially longer for lime and sand-based mortars). Using a sturdy wire brush, sweep across the brick in a horizontal motion.

It’s important to stick to this horizontal direction because the mortar is not fully dry. Vertical strokes could pull out some of the fresh mortar. For the next three to four days you should spray your wall with water. This will prevent the mortar from drying too quickly and cracking. 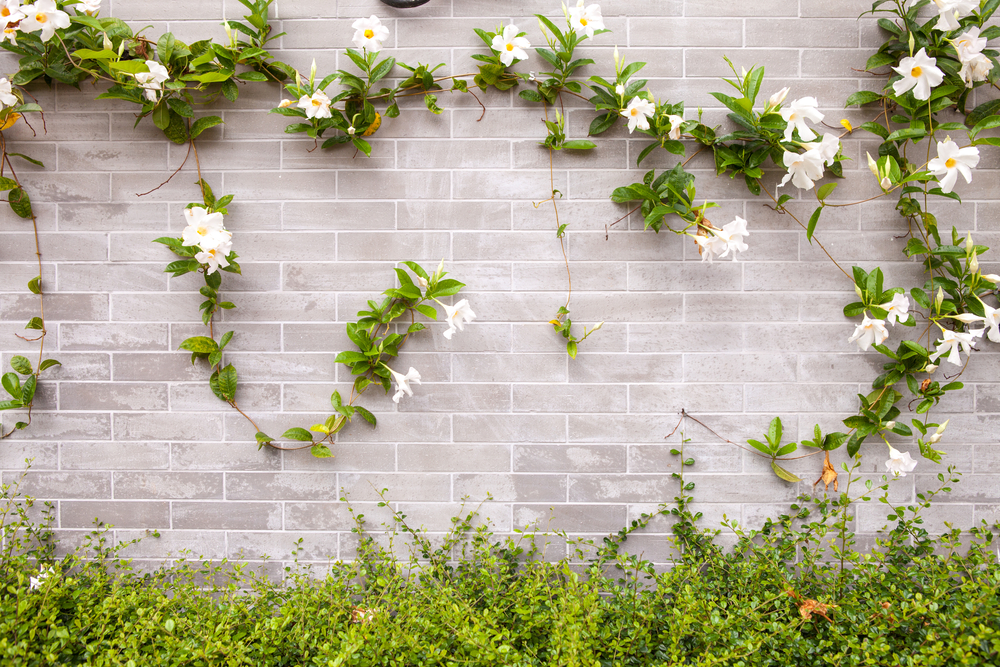 As you can see, repointing brick is a rather tedious job. It’s not too hard once you get the hang of it, but it’s still a lot of work that takes a long time to complete. This is especially true if the entire exterior of your house needs repointing.

You can usually tell that a brick wall needs repointing if there are cracks in the mortar, the mortar is crumbling, or if you can easily chip the mortar away. If you have an old house that was built in the 1930s or earlier, then you may want to get the mortar analyzed.

This way, you’ll know what type of mortar was used when the house was built and can replicate it. If you use a more modern mortar such as those made with portland cement,  you risk damaging your walls even further.

Though it can be a bit intimidating, anyone can repoint their brick walls as long as they do a bit of research beforehand. If you still prefer to hire a professional, now you know a lot more about the process, which will make it easier for you to hire someone who knows their stuff.