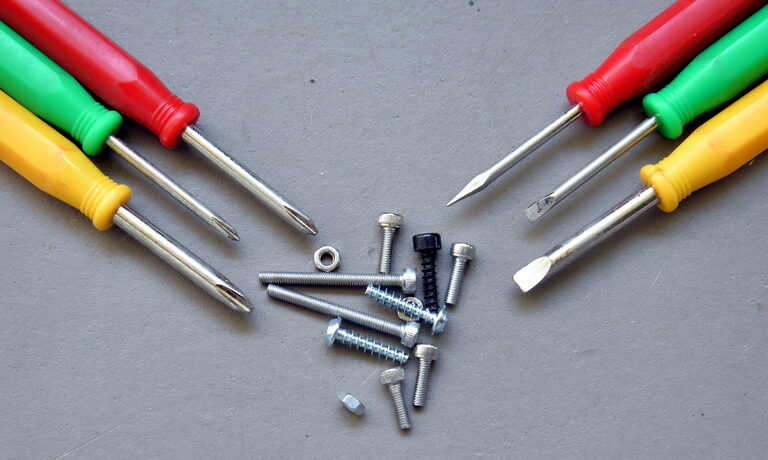 Next to the invention of the wheel, the creation of those little things we call screws was probably one of the most significant things to happen to mankind.

You may think this is an exaggeration, but take one look around you and you’ll see just how important screws are. In this modern world, almost every single thing has a screw, and there’s a screw for almost every purpose.

The average person probably doesn’t need to know the difference between two screws and the screwdrivers that install them. But, if you’re working on a project that requires the permanent attachment of two materials, this knowledge will help you greatly.

In this article, we’re going to list down the ten most common screwdrivers, their advantages and disadvantages, and their most common uses.

Types of Screwdrivers Based on Drives

Drives refer to the system that is used to turn a screw. The specific patterns on top of the screw head need specific screwdrivers to fit into them so that torque–a type of force that happens during turning or rotating–may be applied.

If you’re using the wrong screwdriver, you might not be able to turn the screw, at best. At worst, you might end up stripping the screw for good. 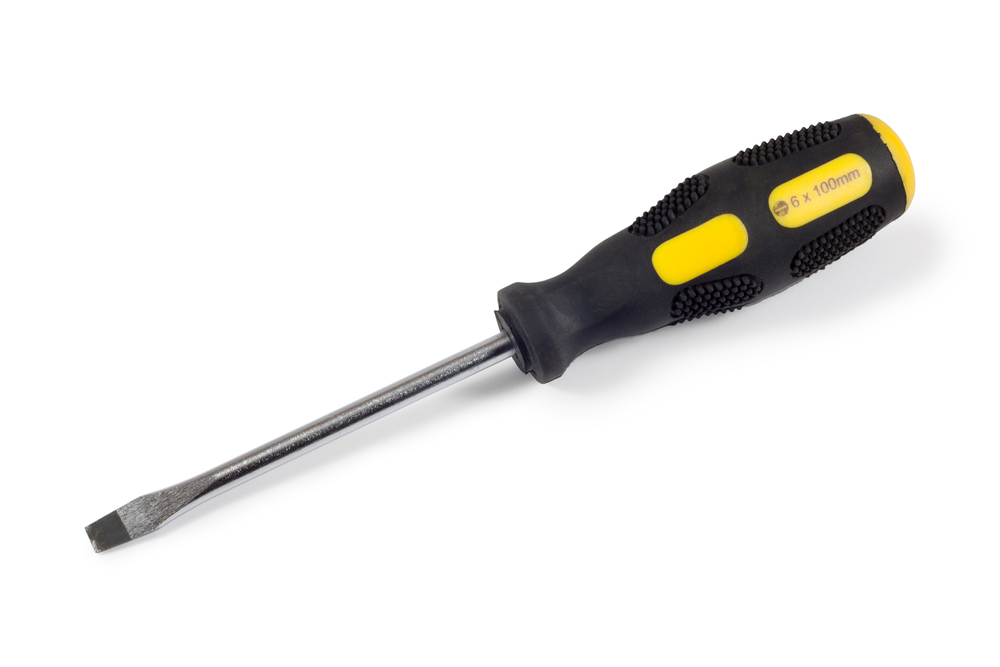 The flat drive, also known as the flat head drive, is composed of a single, flat end that goes into a flat gash on a screw head. This type of drive is one of the earliest types, dating back from the 1500s. It’s very easy and cheap to make, something that many manufacturers took advantage of.

However, even though it was widely used before, the flat drive is no longer as popular as it once was. Its design is now considered impractical since it easily “cams out” in high-torque applications. Modern drives that exist nowadays are stronger and just as easy to manufacture, like the Phillips drive. 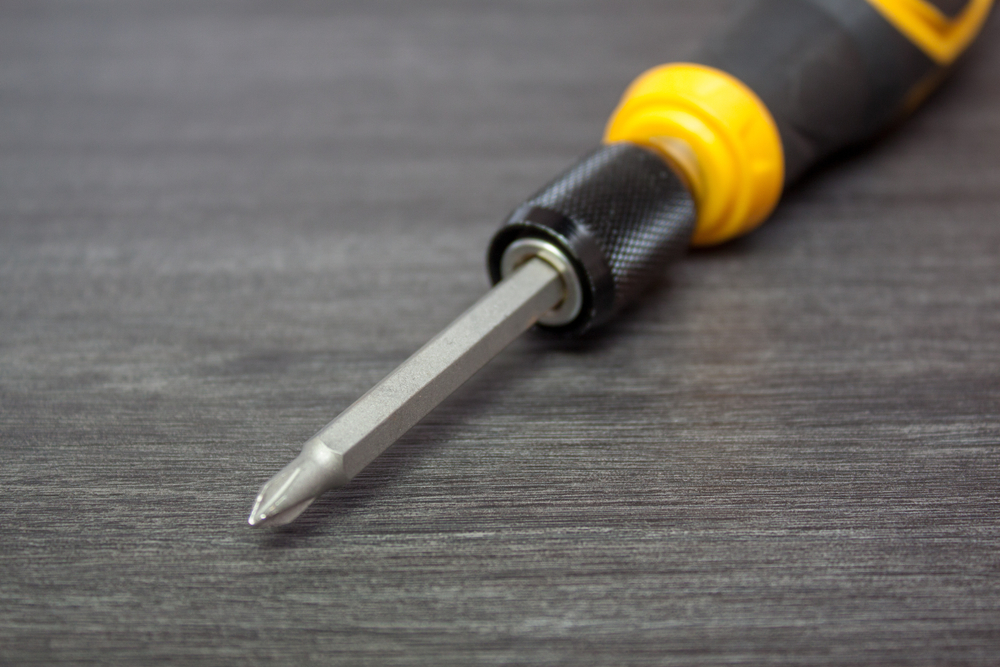 The Phillips drive is an x-shaped drive that allows it to tolerate better torque. As a result, Phillips screws are widely used nowadays in every aspect, especially in automated assemblies.

The design was made to address the inadequacies of the flat drive, which means Phillips drives are less likely to cam-out, can self-align to the screw, and is even compatible with power tools. However, Phillips drives are still known to cam-out more than other types. Many believe that this is an intentional feature to avoid over-tightening of the screws, something that used to be common back in the day.

The invention of this design is often attributed to Henry Phillips, who merely marketed the design and made it popular. The actual inventor of the drive is John P. Thompson, who went to Henry after he had struck out from other businessmen. 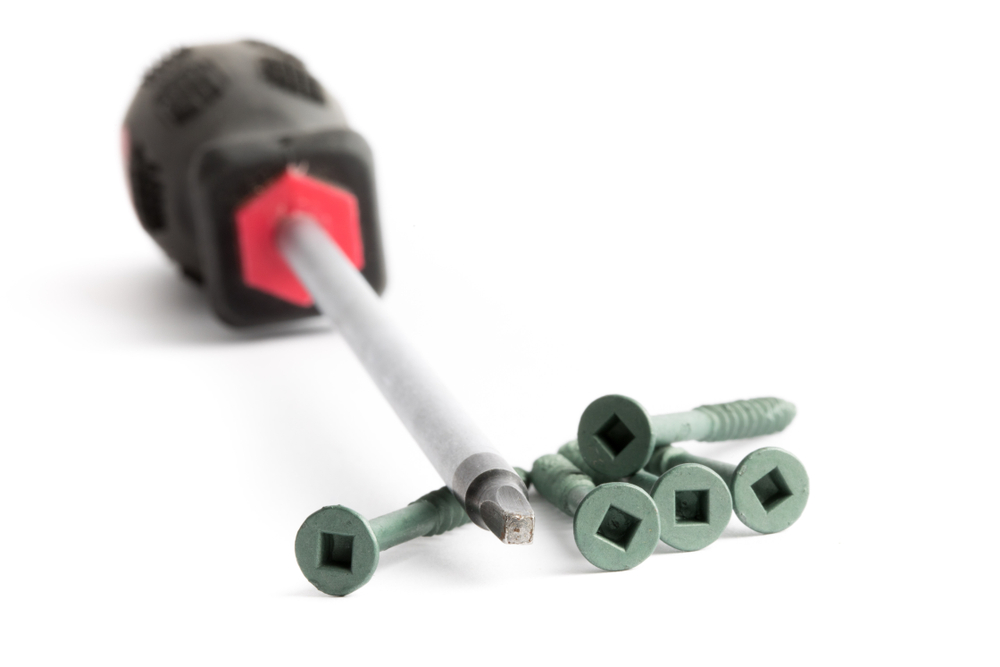 The Robertson drive was invented before the Phillips by a Canadian man called P.L. Robertson, hence the name. Also called a square drive, this type of drive has a square slot in the middle of the screw head.

The purpose for its creation is similar to the Phillips drive: to address issues with the flat drive. Robertson drives are self-centering and have a better torque tolerance than Phillips drives, which means that they don’t cam-out at all.

Due to this, they’re also used in a wide variety of materials, a  including woodworking, metalworking, and assembly. It would do you well to get yourself a set of differently sized Robertson screwdrivers like this Greenlee 5-Piece Screwdriver Set since this screw comes in various sizes as well. 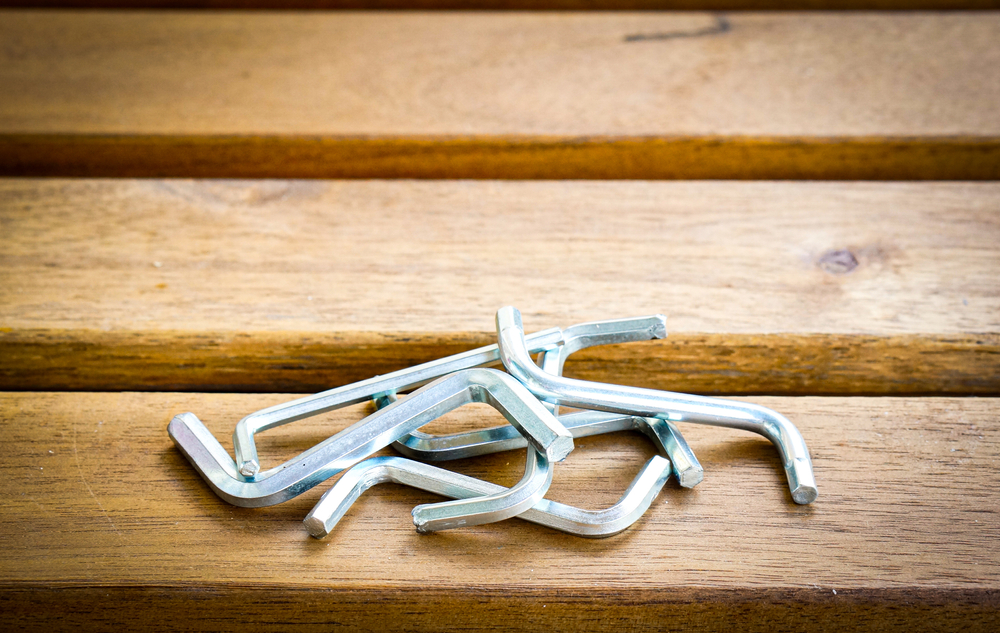 Also known as the Allen drive, Allen key, or hex key, this drive has a hexagonal slot that functions similarly to the Robertson drive. The hex drive has more sides and thus more area for friction, which makes them more effective.

Hex drives can be manufactured with ease and are so widely used in DIY furniture that the screws and the screwdrivers, like this HRB 4-piece Hex Screwdriver Set, are often included in product packages. Aside from furniture, they are also commonly used in motorcycle engines and bicycle parts. 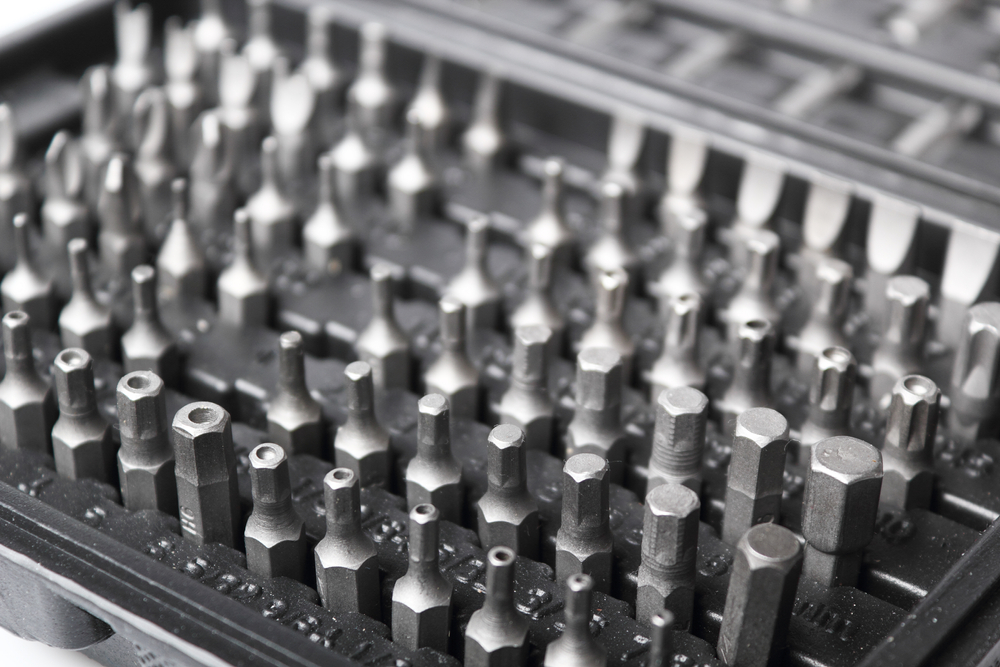 The security hex drive is a variation of its more popular older brother, hex drive.

This drive type features a center pin within a recess on the screw head—a design that’s quite unconventional and perhaps even impractical. This is done to discourage people from tampering with security hex screws, which are often used to assemble objects that the general public shouldn’t be disassembling in the first place, such as dangerous electrical components, safety boxes, and military equipment. 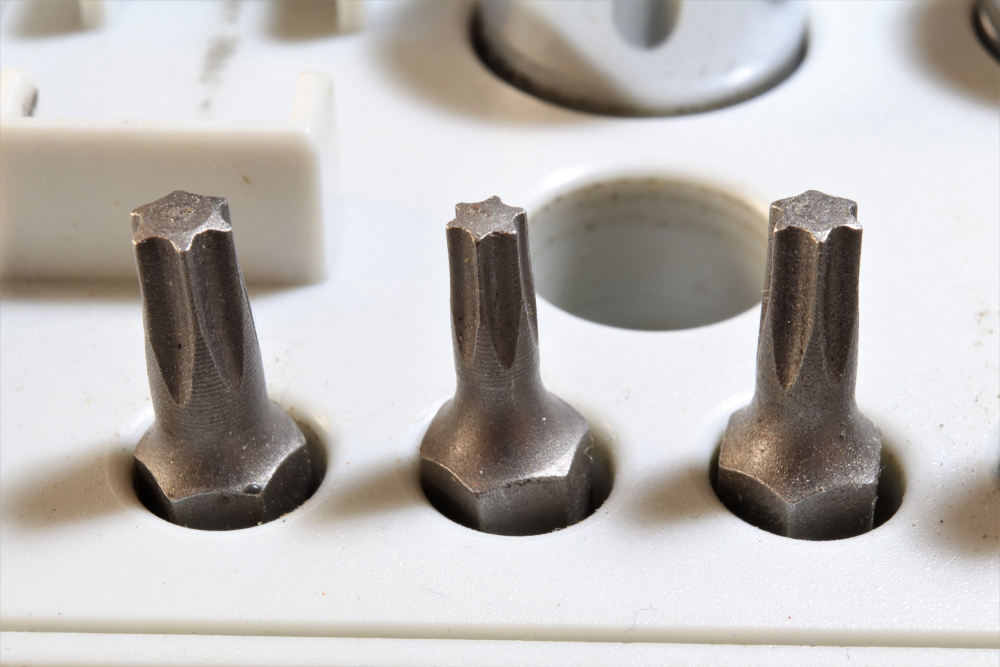 Also called a star drive, this type of screwdriver was first manufactured by the company Camcar Textron back in the late 90s. The Torx design has a recess that looks like a six-pointed star with slightly rounded points.

Out of all the drives in this list, the Torx drive is one of the most resistant to cam-outs. This means that you can safely use a Torx screwdriver  over and over without worrying about accidentally stripping the screw.

Torx drives also greatly reduce the driver bit wear and don’t require the operator to bear down on the tool to install the screw properly. As a result, Torx drives are widely used in construction, computer manufacturing, and even car engine manufacturing. 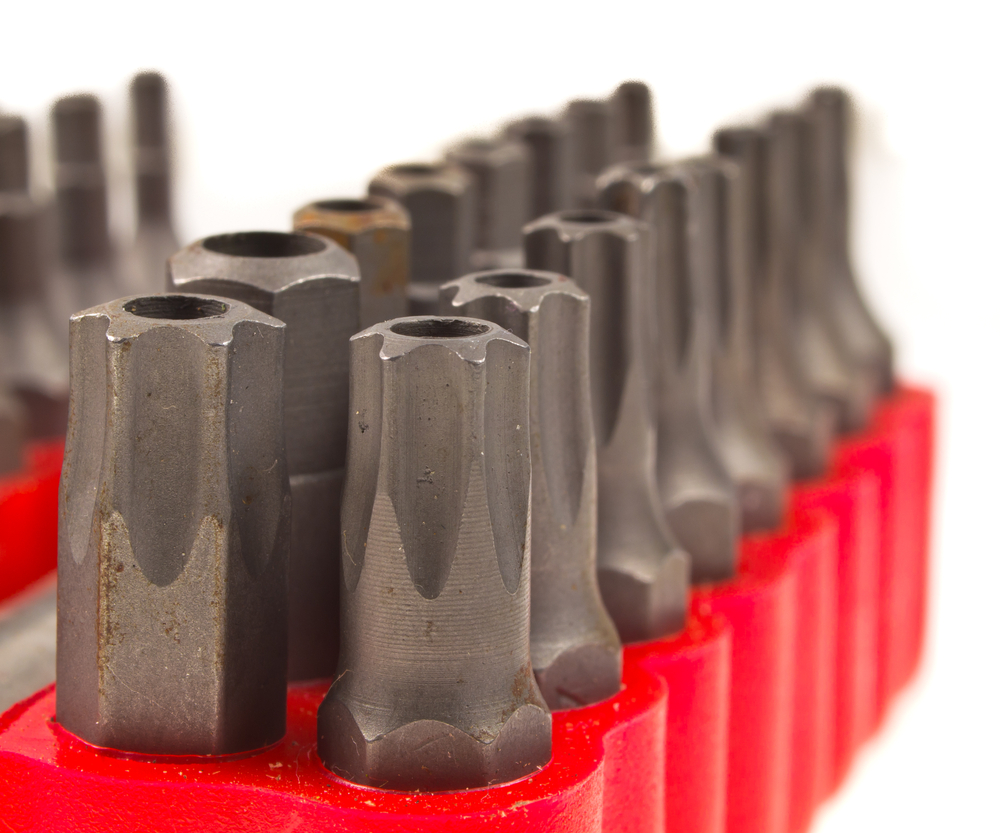 Like the Security Hex Drive, this type of screwdriver is a variation of the more common torx drive. The design has a metal piece in the center of the screw head recess and can only fit with an accompanying drive that isn’t sold in typical hardware stores.

Like the security hex drive, this drive type is used when manufacturers don’t want regular people having access to the interiors of an item or a machine. 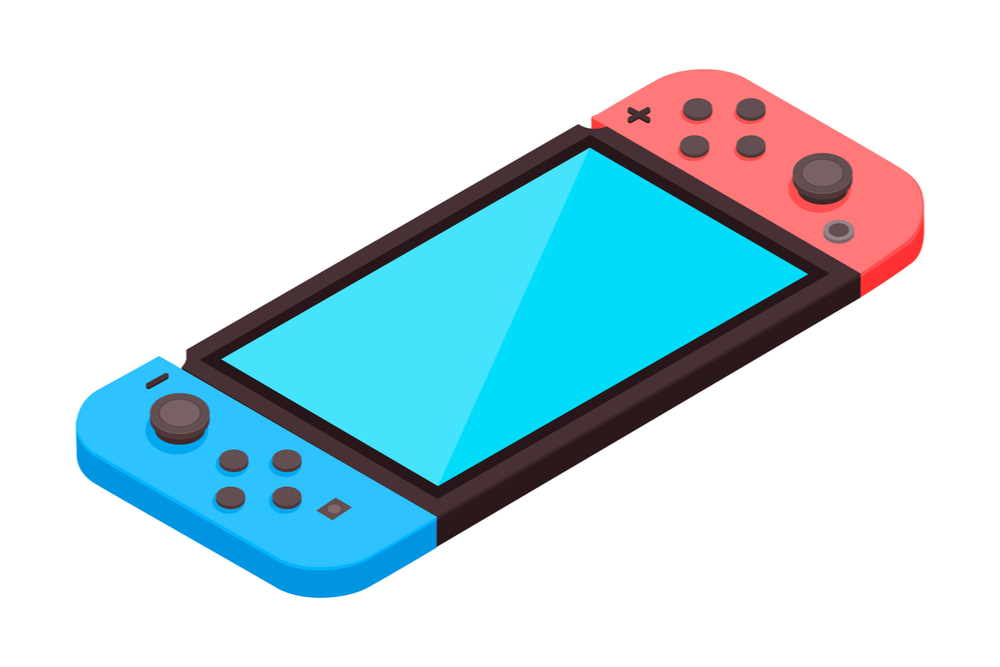 Often used on gaming consoles such as Nintendo, Sony, and Microsoft devices, tri-wing screwdrivers are quite rare on the market. Not to be confused with tri-tip screwdrivers, this type of drive has an offset center with three wing-like tips extending from the offset center point.

In the past, tri-wing drives were used in aerospace applications. Today, while tri-wing drives don’t really offer any outstanding benefits, their rarity makes them ideal for deterring individuals from disassembling their consoles and potentially damaging their systems.

The pozidriv design was made to be an improvement of the Phillips drive. It was invented by the company GKN Screws and Fasteners back in 1962.

At first glance, it looks like a typical Phillips drive, but it has a shallower ‘x’ at a 45-degree angle as opposed to the deeper cross of the latter. This increased friction greatly reduces instances of cam-outs. You can use the Pozidriv wherever Phillip drives can be used, but it does have the disadvantage of being a bit more uncommon and expensive.

There are two types of clutch drives, Types A and G. Type A looks like a bowtie with a center recess, while Type G does not have a center recess. Both types are mainly used for security, such as in mobile homes, prison fixtures, and public fixtures.

Types of Screwdrivers Based on Mechanism

Although screwdrivers can vary greatly based on the types of drive tips, they can also vary based on the mechanism used to power the driving motion.

There are two main types–manual and automatic. Both types will have their own subsets, which I’ll be discussing in this section. 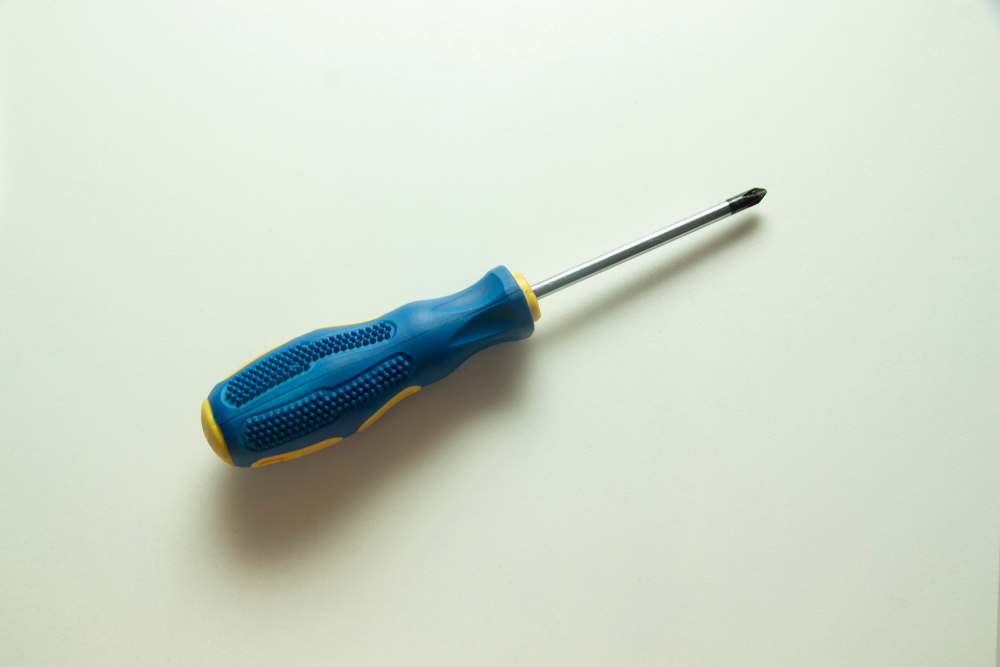 When the average person thinks of screwdrivers, they typically envision manual ones. These simple screwdrivers are typically composed of a handle, a stem with varying lengths, and an attached drive, also known as the bit.

Manual screwdrivers are powered only by the twisting motion of your arm. The applied force is used to drive the screw cleanly into an object in the hopes of preventing cam-out. This allows you to have greater control over the force of the screwdriver and the amount of torque that you apply to it.

Although they work well in most situations, manual screwdrivers can be quite inefficient when used with thick materials or in repetitive applications.

Here are some common types of manual screwdrivers available on the market right now.

Magnetic screwdrivers have a magnetic tip that will attract the metal screw. This feature allows for easier extraction and safekeeping, especially when it comes to small, delicate screws. Because of its usefulness, more and more screwdrivers are manufactured magnetic by default.

Ratcheting screwdrivers are an improvement to the usual manual drivers. This type reduces operator fatigue and shortens work time by allowing the operator to continuously turn the screws in only one direction. The ratcheting direction can be set differently, depending on whether you want to screw in or out.

Right-angle screwdrivers allow you to drive in screws even in limited spaces. The angle gives you the space that a straight-on screwdriver can’t. Due to this, this type of screwdriver is typically used when installing components in hard-to-reach and tight places.

As you can probably guess from the name, Jeweler’s screwdrivers are designed to work with minuscule screws usually found in watches, eyeglasses, and bracelets, among others. This type of screwdriver comes in sets that include varying sizes and drive types, with Phillips and slotted sizes being the most common.

Also known as computer screwdrivers, precision screwdrivers are similar in size to the previous type. They’re typically used in electronics and other similar gadgets, including gaming consoles and phones. Some of the most common drive types in precision sets include Phillips, tri-wing, and Torx 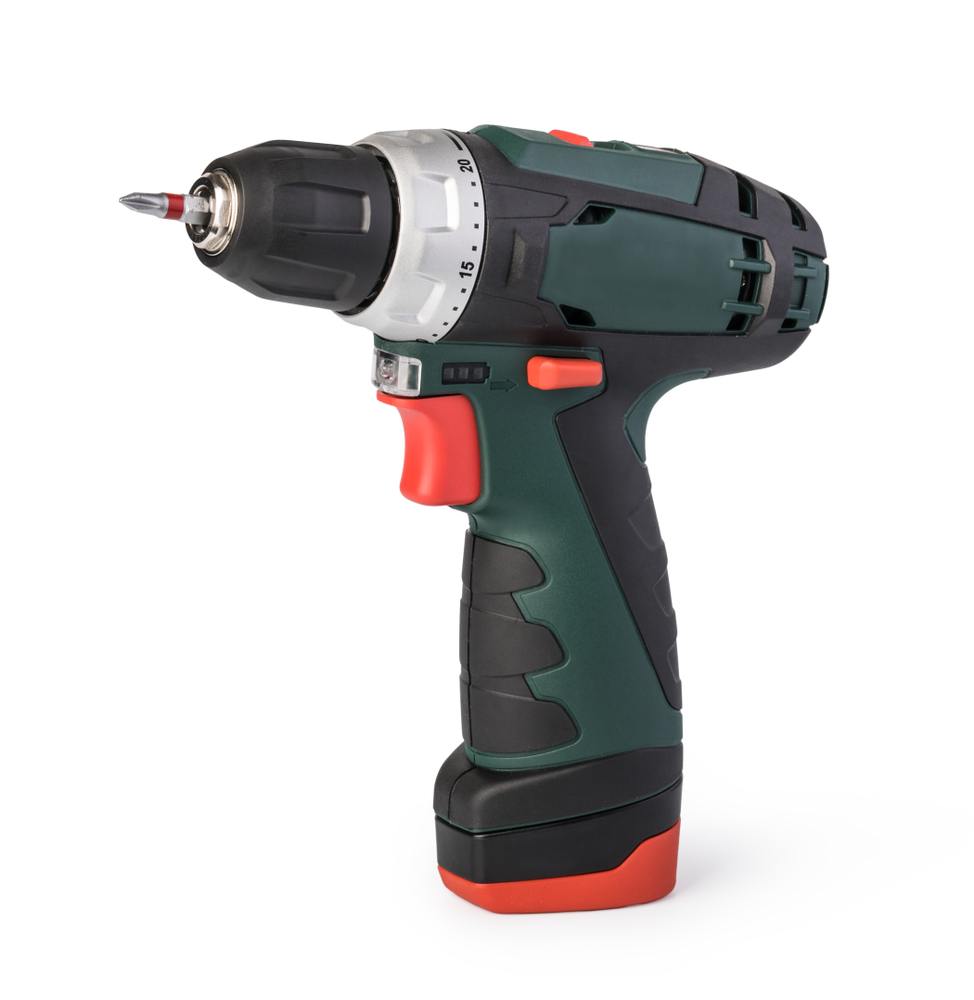 Automatic screwdrivers, also known as electric or power screwdrivers, are powered by electricity to greatly reduce the needed effort in turning and driving the screws.

Aside from price, the biggest issue with this type of screwdrivers is that they’re much harder to use than manual ones, especially with screws that are prone to cam-outs. It’s also more difficult to control the torque and strength of the drive.

As such, automatic screwdrivers can’t usually be used in projects with delicate parts, such as small electrical components, jewelry, and accessories.

Here are some common types of automatic screwdrivers that you can purchase.

Corded power drills have a driver bit at their tips that let them function as a screwdriver. It’s best used in busy and stationary workstations. The cord limits its portability somewhat and makes it a little inconvenient to maneuver, but it also ensures that the drill has a reliable, constant power output. You don’t need to wait around in case your batteries get depleted as well.

Instead of power cords, cordless drills like the Black+Decker Cordless Drill get their power from rechargeable battery packs. This makes them very portable and maneuverable, ideal for wide workspaces with lots of different uses for the drill. However, the torque suffers when the battery power is near depletion, which makes it less reliable than its corded sibling.

Choosing the Right Types of Screwdrivers for Your Projects

As you can see, there’s a wide variety of screwdrivers available for almost every kind of application possible. Screwdrivers can differ based on drives and mechanisms, and each has its own advantages, disadvantages, and use cases.

If you’ve read this far, then you probably know now what kind of screwdriver to use for your next project!