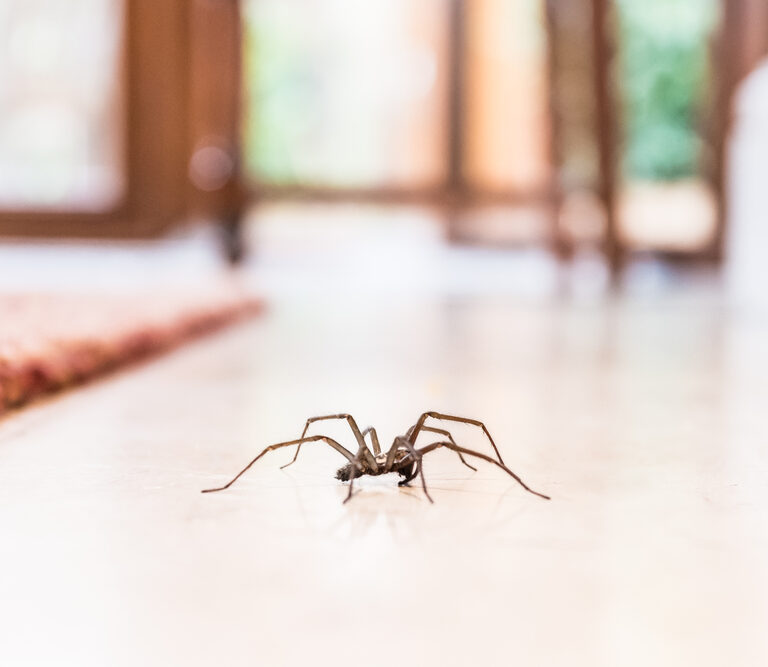 Spiders are extremely beneficial creatures, as they kill all sorts of other insects that could bite us, spread disease, or otherwise do us harm. As a result, you’re always happy — relieved, even — to see one of these bugs inside your house. Keep up the good work, little guy!

Just kidding. They creep us out too, no matter how much good they do for the environment.

If you’ve noticed spiders starting to encroach on your space, regardless of whether that space is inside your house or outside in your garden, there are a few simple things you can do to reclaim your territory once and for all.

7 Effective Ways to Get Rid of Spiders

Here are 7 of the most effective ways to get rid of spiders from your home.

Spiders are like teenagers — they go where the food is. Unlike most (ok, some) teenagers, though, spiders eat bugs, like flies, mosquitoes, and ants.

If you want to make your home unattractive to spiders, you first need to make it unattractive to their prey. This means keeping a clean house, and especially a tidy kitchen.

If you let food rot in your trash can or water sit in your sink, you’ll have all sorts of bugs roaming around. That’s like a food festival for spiders, so you can’t fault them for making themselves at home.

On the other hand, if there aren’t bugs of any kind inside your house, spiders will have no reason to stick around — or they’ll starve themselves looking for something you missed.

2. Keep the Outside Clean, Too

When cleaning your home, don’t neglect the exterior. Take care of any places that they might use as a hiding place or hunting ground, like piles of leaves, compost, or firewood.

The concept is the same as cleaning inside your home — if the area isn’t inviting to arachnids, they’ll find another place that is (like your neighbor’s yard).

3. Take Care of Other Infestations

Are you noticing a theme here? Spiders like food, and they don’t like places that don’t have buffets at the ready.

If you have other insect problems — ants, cockroaches, moths, anything — then it won’t be long until you have a spider problem, too. What’s more, trying to take care of the spider problem is pointless as long as the other infestation is on-going.

You should also consider turning off exterior lights at night or switching to yellow sodium vapor lights, as this will cut down on the number of winged visitors you receive every evening. 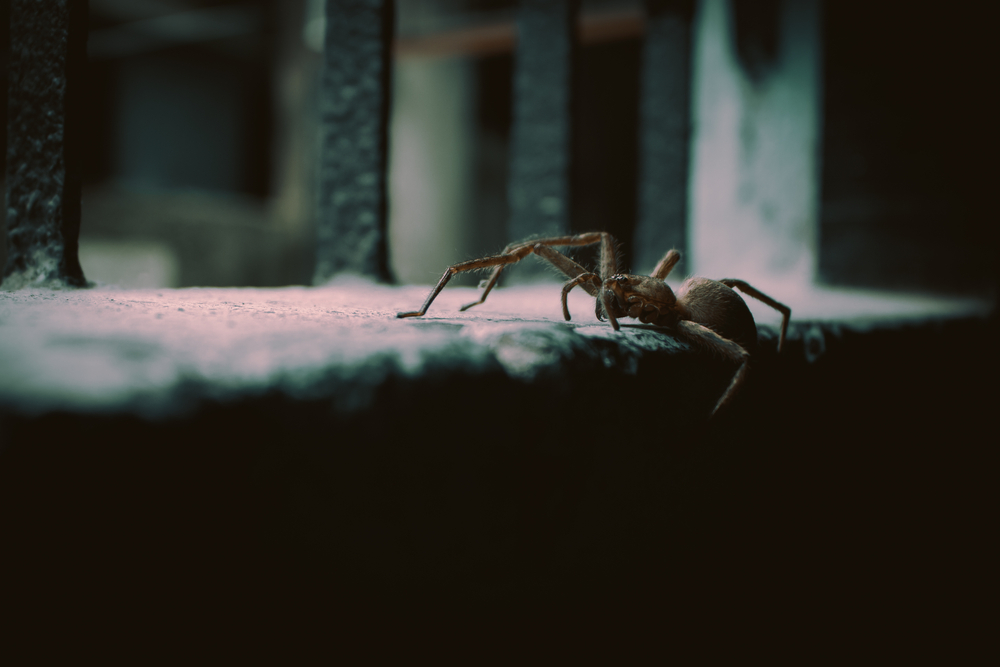 Spiders are like vampires in many ways: they suck blood, they all have thick European accents, and they’ll only come in if they’re invited. Spiders don’t look for verbal invitations, though — they see any damage to the walls, windows, and doors in your home as a flashing neon “Welcome” sign.

Fill in any cracks or crevices you see in the exterior of your house. This includes gaps between the door and door frame, and may also mean adding insulation to the attic or basement. You can also add screens to all of your windows as an extra layer of protection. If spiders can’t physically enter your home, you won’t find as many of them inside — it’s science™.

As an added bonus, properly insulating your home and filling in any holes will lower your heating bills and keep things more comfortable inside.

Spraying pesticides all over your yard is rarely effective, and it can be dangerous to other animals, like your pets. Instead, you can try diatomaceous earth, a natural alternative that’s much more likely to work.

Diatomaceous earth is made of the fossilized remains of tiny aquatic organisms that are filled with silica. It’s a lethal killer of many crawling bugs, not just spiders, so this can solve multiple problems at once.

These fossilized organisms have many sharp edges, so when creepy-crawlies creepy-crawl over diatomaceous earth, their exoskeletons get punctured. It also dries them out, creating a deadly one-two punch. Best of all, it’s not poisonous, so if your dog licks some up, they won’t need to go to the hospital.

You can cover your entire yard with the stuff, or you can just sprinkle it around areas that the spiders might use to gain entry into your home.

There are certain plants that spiders like to avoid, like eucalyptus, lemongrass, and mint. Planting a barrier of these around your home may keep spiders at bay, while also making your house look good and smell nice.

This technique is likely to be of limited effectiveness, but it’s worth a shot when paired with some of the other strategies shown here. You should also check these plants from time to time after you plant them to make sure they’re not actually housing spiders (because sometimes bugs don’t get the memo that they’re not supposed to like certain things).

For one thing, vacuuming picks up all the little crumbs that would attract other bugs, which is a technique we’ve already discussed. Better yet, it will also suck up webs and egg sacs, destroying their homes and eliminating future generations in an instant.

You can also use your vacuum for hunting down any spiders you see roaming around. The wand attachment is great for sucking up eight-legged freaks, and since spiders’ delicate little bodies can’t handle being sucked into a vacuum cleaner, this will kill them instantly (and you don’t even have to touch them).

What Not to Try

There are lots of alleged remedies for spiders out there, and many are of limited effectiveness at best. Below, we’ve assembled a brief list of tactics you shouldn’t bother using, as they’re not likely to work (and may actually be counterproductive).

Laying out spider traps or glue strips may catch a few spiders, but not enough to make a difference. However, they do have some value for assessing how well your other strategies are working, so you might want to set some traps out in the hopes that you won’t catch anything.

There’s a little bit of evidence that certain essential oils may be of some value for repelling spiders, but it’s unlikely that these oils will make much of a dent in the arachnid population. They’ll definitely stink up your home, though, and many people and animals are allergic to them, so they’re not worth messing with.

A mixture of water and white vinegar will kill spiders, but only on contact, so you’ll have to spray every one you see. You can try spraying along your walls, windows, and doors as well, but the effectiveness will quickly diminish (and you’ll have to deal with the vinegar odor until it does).

This one will actually work — for a little while, at least. However, if you don’t take action to keep spiders from getting back into your home, the exterminator’s efforts will quickly wear off. This is also an extremely expensive solution, and you’ll also have to deal with a bunch of poisonous chemicals in your home.

Cats, lizards, and frogs will eat spiders, but we wouldn’t recommend keeping them for this reason. For one thing, the spiders may harm your pet, and you’d have to keep them outside most of the time for them to have any sort of benefit. You can still keep them as pets, of course, but don’t expect them to earn their keep. 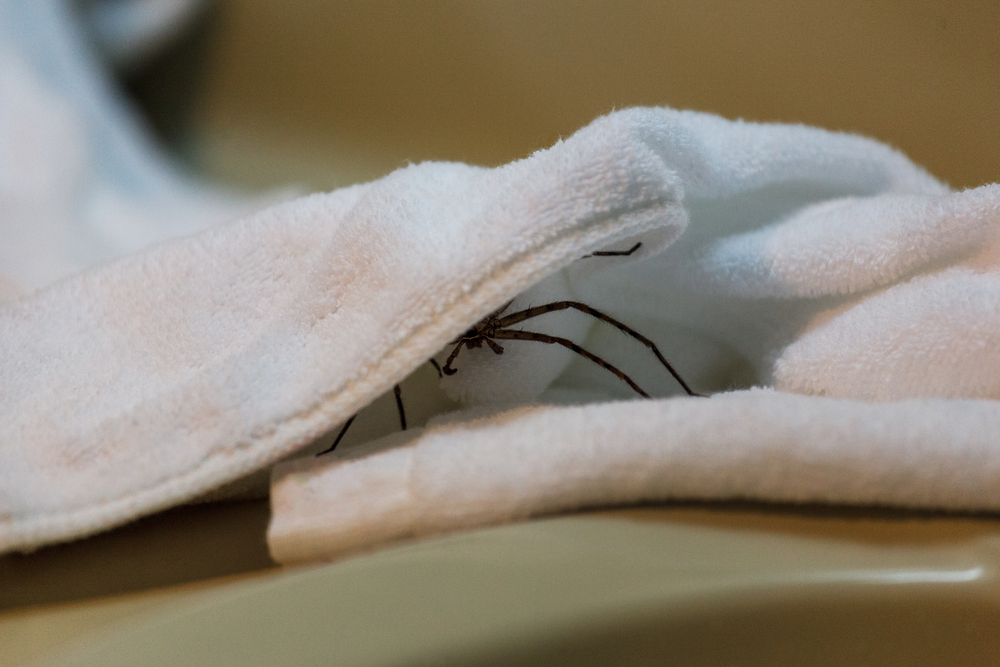 Spiders are wonderful for the environment, but they’re not nearly as wonderful for our nerves, so it’s understandable that you’d want to get them out of your home. The techniques above can help you do just that, and they don’t involve spending a lot of money or dousing your home with noxious chemicals.

The best solution, of course, is to just let them be, as they’re unlikely to bother you and they’ll keep the insect population down. Until they learn to be a lot cuter, though, this solution isn’t likely to work for very many people.