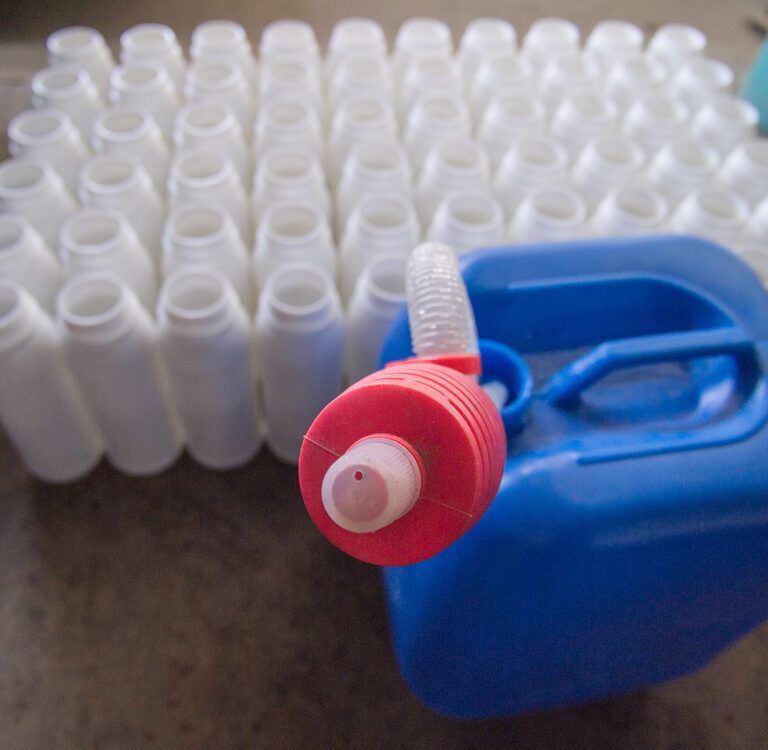 Ever thought a zombie apocalypse would be cool because you could drive around in random abandoned cars for years on end?

Then we’ve got some bad news for you: your car-stealing Walking Dead fantasies are utterly implausible, at least in the long term. Nope, we’re not suggesting zombies aren’t real (they are)—but rather that a car won’t run on old gas.

In fact, not only will a vehicle fail to start with a tank full of old gas, but you could end up wrecking a bunch of its delicate internal components in the process.

So given using old gas is a definite no-no, the only logical solution would be to dispose of it. But you can’t just dump this toxic, highly flammable liquid anywhere. And that’s why we’ve put together this handy how-to guide.

Why You Need to Dispose of Old Gas

Modern gasoline has a better shelf life than the fuels of old, thanks to the addition of ethanol. Not only does this miraculous chemical compound add buzz to your beer, but it’s also a powerful preservative and a key component in modern-day gasoline.

But even with a heavy dose of ethanol in the mix, gas will eventually degrade and lose its combustibility. Poor combustion means the engine in your automobile or lawnmower will run less efficiently or even fail to fire at all.

A far bigger concern, however, are contaminants, tiny little particles of dirt or rust that will ruin your motor for good. While old non-contaminated gas can be diluted and reused, contaminated gas isn’t safe for an engine.

How Long Will Gas Last in Storage?

There’s no hard and fast rule. A wide range of variables like quality and climate affect how quickly gas will degrade.

But as a general rule of thumb, if your gas has been sitting idle for three months or more, you should visually inspect it before starting your car. Any longer than six months without use, and you can assume it’s old enough for disposal.

We’ll explain how to identify old and contaminated gas in step one of our guide.

Why You Need to Dispose of Gas Responsibly

Is it worth going to all this trouble? Can’t I pour it down the drain?

Disposing of gasoline anywhere other than an approved disposal center is irresponsible and against the law. Gas is a highly toxic and flammable liquid that wreaks havoc on our waterways. Dumping it on the ground is equally reckless as it’ll poison the landscape and filter into the water table.

The good news is that it’s easy to dispose of gas responsibly. The entire process should only take an hour or so.

How to Dispose of Gas Safely 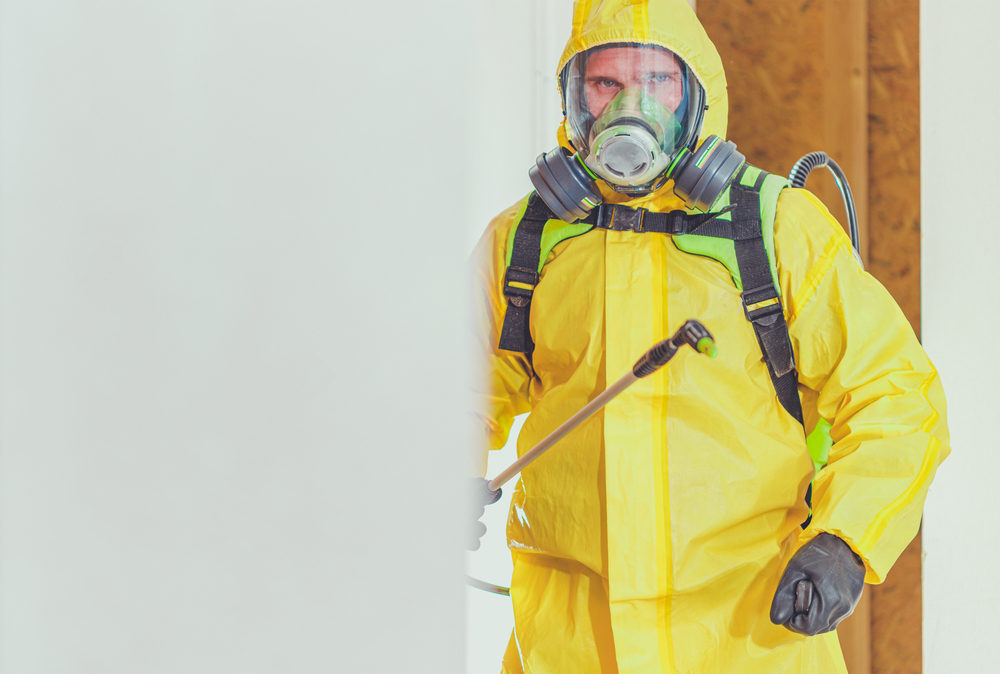 While gasoline is the lifeblood of the internal combustion engine, it’s not great for humans. Avoid ingesting the liquid or inhaling the fumes. It’s best to prevent it from getting into contact with your skin—you don’t want to rub gasoline into your face through your hands.

As you’re moving old gas between one storage tank and another, you’ll probably spill a drop or two. Clean it up straight away with old rags before moving on. Don’t let gasoline pool on the ground.

It’s not a good idea to siphon gas through oral suction on the end of a hose. You don’t want to swallow a mouthful of gas accidentally, and if you cough, it’ll end up in your lungs (spoiler alert: you die). A siphon pump will only set you back ten bucks or so.

Place your government-approved jerry can into a larger container while transporting it. That way, it won’t tip over on its side and potentially leak.

Find a flat, well-ventilated area to work in, such as a garage, yard, driveway, or street. Gather the following gear and keep it at hand:

If your gas has been sitting idle for six months or more, there’s not much point inspecting it. It’s safe to assume it’ll be too severely contaminated to use or dilute. Just bite the bullet and fill up a new tank—it’s not worth the risk of damaging your ride.

Any gas that’s less than six months old, however, might still serve a purpose.

Pour a small amount of the old gas and some new gas of the same type into two separate glass jars, so you can compare the two. New gas should appear clear or slightly yellowish.

If you’re at all unsure, err on the side of caution. Replacing the gas will cost under $50. Replacing a busted carburetor (or other parts) could set you back thousands.

This part is easy: whip out your phone and type “hazardous waste disposal center near me” into Google. Isn’t technology great?

If nothing comes up or you doubt the accuracy of the results, seek advice from your local waste management department or fire brigade.

3. Move the Old Gas Into a Government-Approved Container 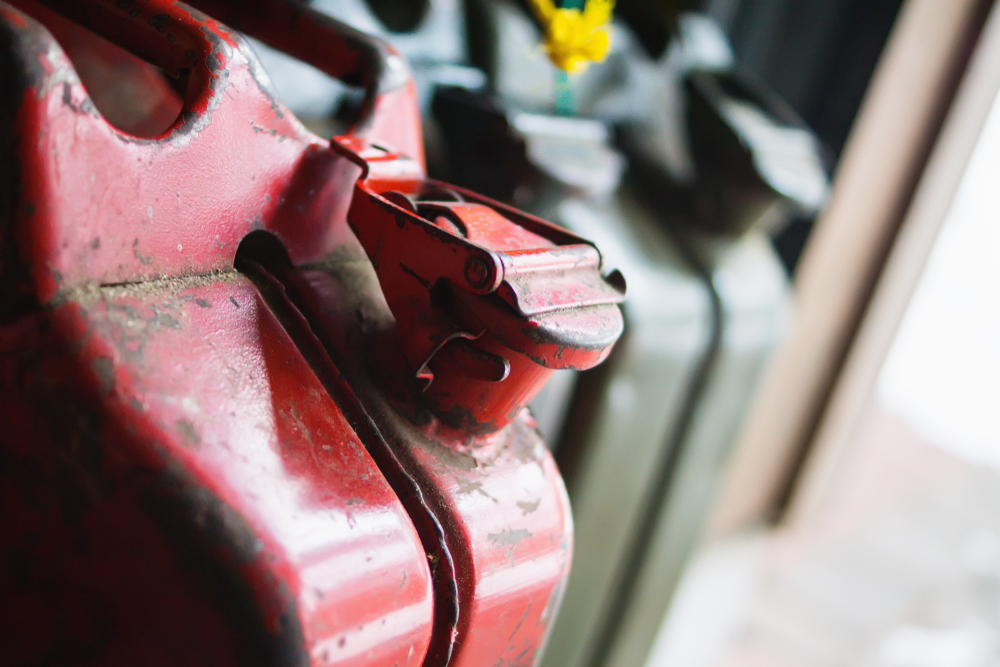 If your gas is sitting pretty in the tank of a car, lawnmower, or another engine-powered machine, then you’ll need to use a pump siphon to remove it.

If your old gas is in an external container, you can manually pour it into your government-approved gas canister rather than using a siphon pump.

4. Clean up Any Spills

If you spilled any gasoline, wipe it up straight away with a rag or paper towel. Don’t leave a puddle of gas sitting on the ground unattended.

Should you spill any gas on your clothes, get changed into a fresh set straight away. Even a small amount of gas is highly combustible, and you don’t want a liquid bomb attached to your torso. To clean gas-stained clothes, rub liquid laundry detergent into the affected area and wash it in hot water. Line dry rather than tumble dry incase trace amounts ignite in the drier.

5. Take the Gas to the Disposal Center

Pop your government-approved gas canister into a larger container, such as a big bucket. This method prevents the canister from falling over as you drive, thus avoiding leaks or spills.

Find a snug spot in your car to place the old gas (so that it doesn’t bounce around) and drive to your chosen waste disposal center. Avoid smoking on the way as flammable fumes could be permeating through your car.

Upon arrival, staff should direct you towards where you can dispose of the old gas.

If your old gas has lost its efficacy, but you’re confident it isn’t contaminated, you could dilute it rather than disposing of it.

Half a tank of old gas and half a tank of new gas would probably be combustible enough to run a lawnmower. If the engine struggles to tick over, try adding more new gas to give it some grunt.

Some thrifty drivers dilute their old gas by adding it in small quantities to a tank of new gas. It’s a bit risky, though, as the consequences of the old gas being contaminated are dire (a wrecked engine). Nonetheless, if you want to give it a shot, add no more than a ratio of 1/16—one gallon of old gas per 16 gallons of new gas.

Remember: If in doubt, dispose of the old gas rather than try to dilute it.

How to Dispose of Old Gas: Final Thoughts

Getting rid of old gas safely and responsibly might seem like a daunting task, but it’s pretty easy once you know what to do. Keep our step-by-step guide in mind, and you should be done and dusted within an hour or so.