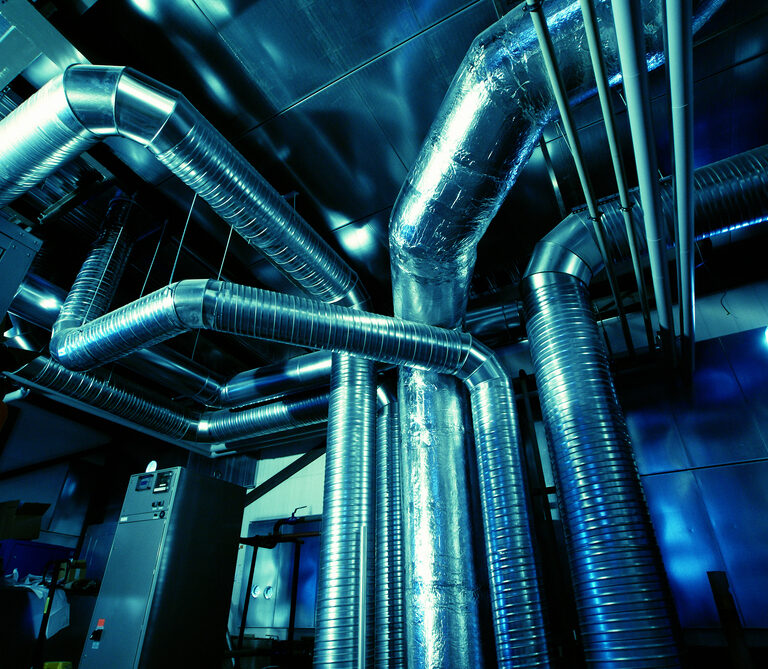 Most people don’t know much about HVAC (heating, ventilation, and air conditioning) systems aside from how to operate their thermostats. But if you’re in the process of building or remodeling a house or your current HVAC system is ready to be replaced or updated, then now is a good time to learn about an alternative HVAC solution that offers better energy efficiency while also providing improved heating and cooling performance.

What Is High-Velocity HVAC?

High-velocity AC systems are by no means new. They were originally conceptualized and developed in the 1940s. However, the recent push towards eco-friendly initiatives has resulted in a new wave of SDHV systems, which are more energy-efficient, hitting the residential market. Further adding to the adoption of SDHV systems is that they are much easier to retrofit into older buildings that weren’t constructed for central HVAC systems.

Thanks to the smaller and much more flexible ducting of high-velocity air conditioning systems, they can more easily be installed into homes without the need for tearing everything apart first. The smaller form factor allows for ducts to be snaked around and through obstacles, unlike traditional HVAC systems that require much more space and offer far less flexibility.

The smaller ducts and vents used by high-velocity AC systems also allow them to offer better airflow with less energy consumption. High-velocity HVAC systems offer a surprising number of benefits compared to standard systems, but they also have a few drawbacks worth considering. Let’s dive deeper into the various benefits these systems offer before we detail their drawbacks.

What Are the Benefits of High-Velocity HVAC?

The biggest benefits they offer are improved airflow, increased energy efficiency, and a smattering of other miscellaneous benefits that may come as a surprise. Let’s take a look at how SDHV systems manage to provide all these benefits, starting with the most obvious advantage: improved airflow. 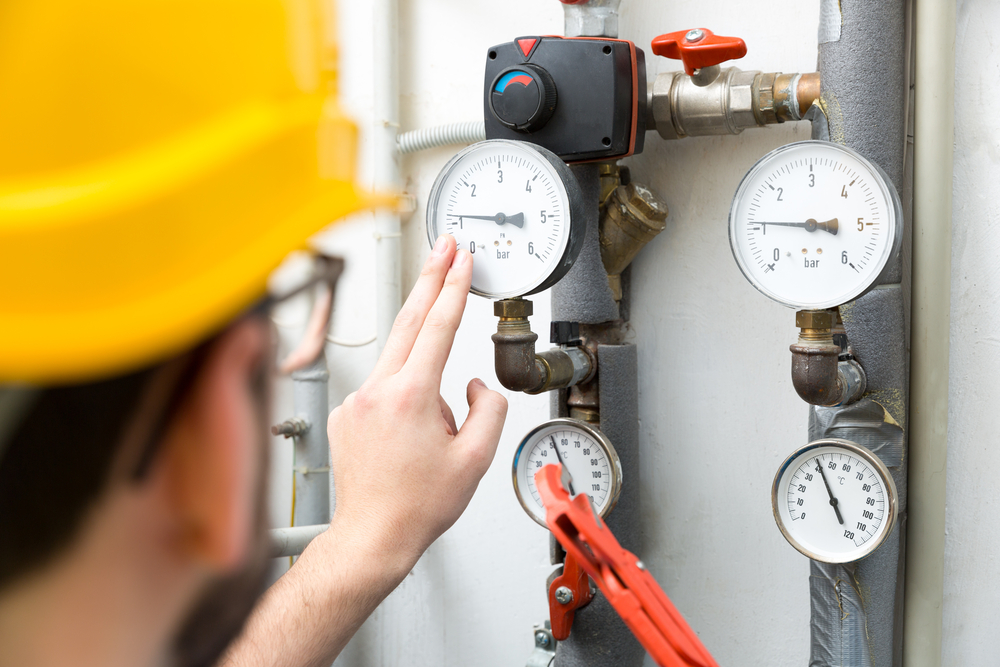 High-velocity ducts and vents are circular and only 2” in diameter, which makes a big difference compared to standard ducts that run anywhere from 4” to 12” in diameter with 6” x 12” rectangular vents being the standard for most residential homes. The small, seamless, and flexible ducts used in high-velocity HVAC systems allow for the same amount of volume of air to travel at a much higher velocity compared to standard systems.

According to Forbes, the air in a high-velocity system travels up to 1,500 feet per minute (fpm) while standard ducts achieve somewhere in the range of 500-600 fpm. Another benefit provided by the increased airflow velocity of a small duct high-velocity system is the elimination of dust buildup that is common in standard ducts. The round ducts and faster airspeed prevents dust buildup from occurring inside your home’s AC ducts, improving the air quality of your home.

The higher velocity of air provided by SDHV systems provides faster and more efficient heating and cooling thanks to the improved air mixing and circulation it provides. Essentially, heated or cooled air pushed into a room at a higher velocity will gust through the room and readily mix with the existing air, quickly changing the temperature of the entire room. The result is more energy-efficient heating and cooling thanks to reduced air handler run times.

Another major factor that contributes to the efficiency of high-velocity HVAC systems compared to standard systems is how well the entire system of ducts is sealed. Field testing has shown that air loss in SDHV ducts is roughly 90 percent less than in standard HVAC ducting. The ducts used for high-velocity systems are smaller, better insulated, and typically have much tighter connections at the seams when compared to standard HVAC.

SDHV systems also offer better protection against thermal loss for two primary reasons. The first reason is the small size of their ducts. Smaller ducts mean less surface area, and that results in air temperatures outside the ducts having less of an impact on the temperature inside them.

The second reason is the velocity of the treated air moving through the ducts. “Air bake time” is a term used by HVAC techs that measures how long the air in the vents spends traveling through ducts as it is heated (or cooled) by ambient temperatures around the ducts. The air moves much more quickly from the air handler to the rooms in the house with SDHV systems, drastically reducing the impact external temperatures have on the conditioned air.

Now that we’ve explored the two primary benefits that high-velocity systems have to offer, let’s briefly talk about a few of the fringe benefits provided by these systems.

As you can see, high-velocity systems offer a ton of benefits when compared to traditional systems. However, they are by no means a perfect solution.

What Are the Drawbacks of High-Velocity HVAC? 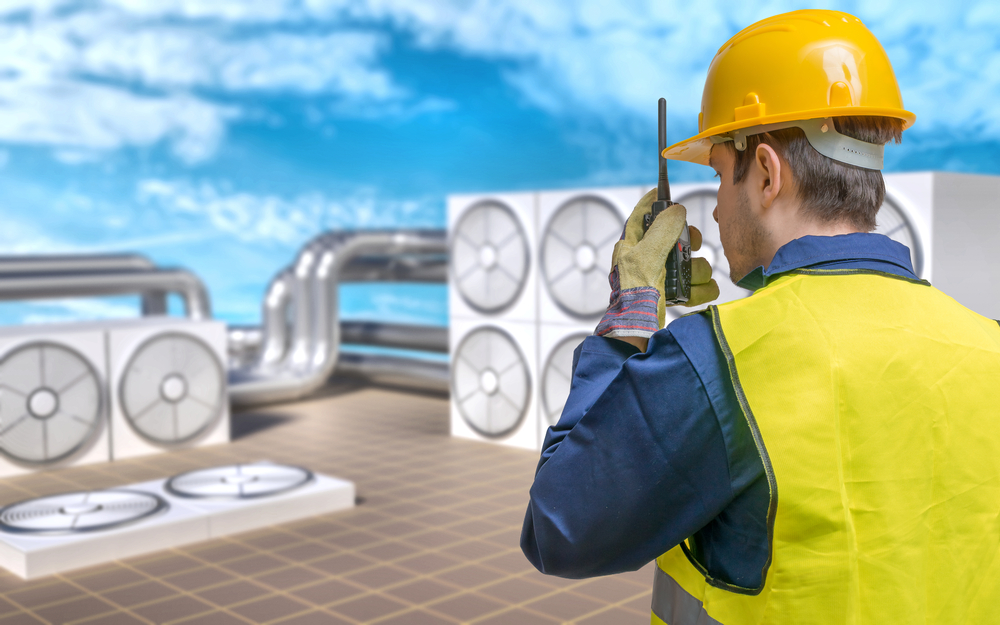 While high-velocity HVAC has a large number of benefits, there are a few issues that prevent these systems from being the ideal choice for every situation.

As we mentioned briefly above, high-velocity systems have been known in the past for being quite noisy due to the fast airspeeds the system provides. However, the majority of these sound level issues are typically associated with older units and/or sub-par installation of the ducts. The installation process is something that requires specialized knowledge that not every HVAC technician has trained for.

When you combine the need for specialized training with the typically higher cost of SDHV systems, you find yourself with a fairly pricey initial setup cost. In general, high-velocity systems are more expensive upfront than standard HVAC systems. However, they offer much better energy efficiency, making them cheaper in the long run in most cases.

Another issue some people have with high-velocity systems is their—well—high velocity. We talked about all of the benefits offered by the increased velocity of air movement: less dust, better air mixing, less thermal loss, etc. However, that increased airspeed does mean the vents of an SDHV system can blow quite strong gusts of air when it’s running. Poor positioning of the vents can result in people getting blasted by uncomfortably cool or hot air unexpectedly.

Is High-Velocity HVAC Right for You?

While high-velocity HVAC offers quite an impressive list of benefits, it does come with its own unique set of challenges and drawbacks.

Typically, SDHV systems are the best solution for retrofitting buildings that were built without considerations for central heating and air conditioning. SDHV systems are even often used in historic buildings to provide more comfortable temperatures without needing to alter the construction of the building.

People who are building new homes have a massive number of choices to make as they solidify their plans for the home. High-velocity HVAC might just be the perfect solution for your new building project. Consult a professional HVAC installer to learn which option is best for you.